So nice being on Windows now.. my god it is fast. No more sessions thinking I am still connected. No more "time to reboot the server"... =) Guys... if any of you have programmed in C#.. you would know they decided on Dot Net Framework awhile back.. With Mono implementations... Mono... isn't the best these days for C#. And yes... .NET (Linux, OSX, Windows) would be ideal.. but porting an entire program from Dot Net Framework to .NET is not as easy as you guys might think. Either way... Mono...... get off of mono. This program uses a ton of threading and Mono sucks at threading. It was just until after Dot Net Framework 4.5 (4.7) that threading issues were improved.. so imaging threading with Mono. But you sure as hell don't want the client to be in .NET... be a MUCH larger download.. most folks don't have that installed. Once I realized that they forked Mono.. writing was on the wall. Maybe mono and newer Libc, systemd, kernel... are too much for that fork. But maybe 16.04 works... that is what I think.. but I don't want to use something that old. I do miss my fail2ban setup though. Maybe some exploit that might of worked.. won't work on Mono because it will just crash a thread. Running my setup on Digital Ocean... with Windows 10 If you go off the guides on the internet to do Digital Ocean and windows 10, use the latest iso download, not links on the guides.. you won't boot newer then 1809.. as their driver on those guides is not signed with the newer SHA256. I have an EC2 account but decided to go with Digital Ocean still. =) Digital Ocean's webconsole works with a GUI in Windows.. Pretty cool.. EC2 requires RDP when setup. Digital Ocean has a strict 2fa policy. When I was in jail waiting for trial (google it), my wife tried to get into my Digital Ocean to pay the bill, but couldn't because of 2fa. Even with my drivers license and etc, they told her no. Looking back, that made me pretty happy. They reset it for me eventually, but it took so long I created a new droplet. I did have her backup my database.. over a jail phone I told her how to use putty to create a tar.gz and then had her use scp to download it.. Took like an hour. Nite! =)

Oh but this is a windows control server bug, not linux. Works fine on linux.

So after upgrading to 21.1... the code has changed a lot in Login.aspx. Any update to this??? I spent a lot of time trying to get an email when I login. Nice to see you guys doing a lot of work on stuff though. Good work.

Dang it.. posted this in the wrong area... Feature Request.

Description: An error occurred during the parsing of a resource required to service this request. Please review the following specific parse error details and modify your source file appropriately.

5 months ago
Portal still not responding.

Decided to move my self-hosted install to Windows. Works great so far.

Decided to bite the bullet. Moved to self-hosted on Windows. Works great so far!

After what happened to Solarwinds... a developer pushing out a signed update that was hacked by the "insert country here"... I won't get anything that is not self hosted.

6 months ago
Portal still not responding.

This is why I said no to automate. Control for Linux hasn't been that great the past year. Not stable at all. 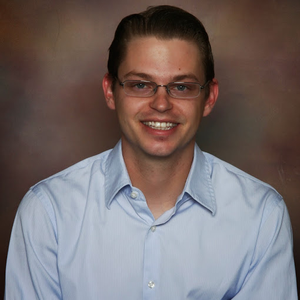