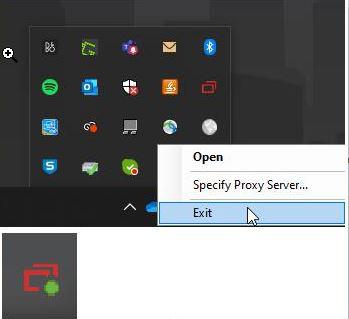 Would like that such feature is also available via the Access tab. As per the attached screenshot, the above option is available for the Support tab only. When you initiate a remote session via the Access tab, employees onto the other side, won't have the Exit button and hence only the agents are able to terminate the session.