We do have Known Folder Move (KFM) in place where users Documents are moved (redirected) to OneDrive.

Now whenever we launch a tool (which is run in user context) it is downloaded and stored in the users Document folder.

(which gets synced to users OneDrive, which is not even necessary)

Ultimately, when it is deleted again, users are seeing this notification from OneDrive: 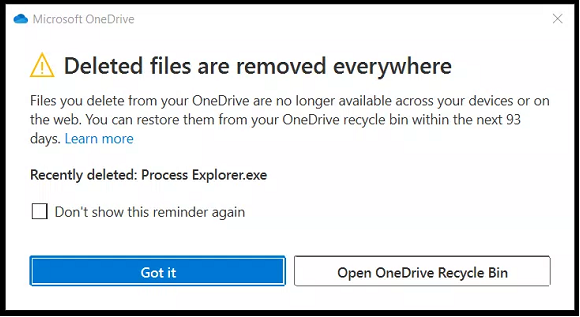 Would it be possible to specify the temporary folder for the tools ? Ideally this should be users Downloads or %temp% folder.

Can we have this folder configurable as a setting? I assume that other customers will see this as well. Or will start to see once they´re using embracing KFM (probably in conjunction when they jump on Win11).